The site is secure.
The https:// ensures that you are connecting to the official website and that any information you provide is encrypted and transmitted securely.

How to Get Help

Call 211 to connect to help near you!

Circles of Support and Accountability (CoSA) and Restorative Justice

In recent years, Vermont has received attention for its use of a restorative practice called Circles of Support and Accountability (CoSA). The COSA program operates at Community Justice Centers across the state, supported by funding from the Department of Corrections.  Read on to learn more about CoSA and Restorative Justice in Vermont.

Circles of Support and Accountability (CoSA)

CoSA is a volunteer-driven and community-based model for enhancing community safety though supporting high-risk offenders that are returning home to their communities after a period of incarceration while holding them accountable to pro-social community expectations.  Although the model has typically been used to support high-risk sex offenders and has proven a high success rate in reducing recidivism, Vermont has extended use of the practice to other types of offenses.

The most critical component of the CoSA model is that it centers on developing relationships between volunteers and the core member (the person convicted of an offense) based in mutual respect and grounded in shared commitment to the public safety.  The goal of CoSA is No More Victims.  Typically meeting weekly for a year, the circle will support core members to work through the challenges involved with re-entering community, such as employment, transportation, housing, health care, and help core members remain accountable to the work of well-being and reducing overall risk of reoffending. 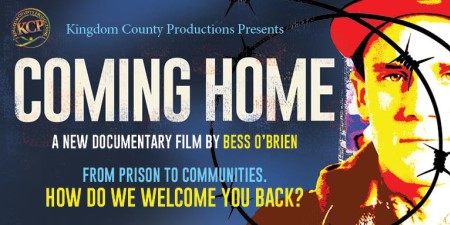 The film Coming Home provides an in-depth look at the work of Circles of Support and Accountability (CoSAs) in Vermont, focusing on five individuals as they navigate the challenges of reentering their communities after incarceration.  Coming Home takes a close-up and powerful look at this COSA process, the struggles, and challenges of folks coming out of prison, and the successes of this restorative approach to reentry.

Learn More about CoSA by clicking the following links:

What is Restorative Justice?

Vermont has become a nationally recognized leader in the development of community-based restorative justice and services to victims. The goal of restorative justice approaches to give victims an active voice and role in the process of justice, for offenders to take responsibility, understand the harm they have caused, and make amends, and to build or restore relationships in communities that may prevent future harm. Community-based restorative justice processes include not only those directly involved or impacted by crime but also community members who are invested in promoting accountability and reparations.

Vermont even wrote restorative justice into the law (read how the Vermont Legislature has written the use of Restorative Justice practices into law).

In recognizing that crime causes injury to people and communities, restorative practices seek to repair those injuries by encouraging and supporting parties with a stake in a particular offense to participate in its resolution.

There are many types of restorative practices, including circles, restorative conferences or panels, Circles of Support and Accountability, and Family Group Conferencing.